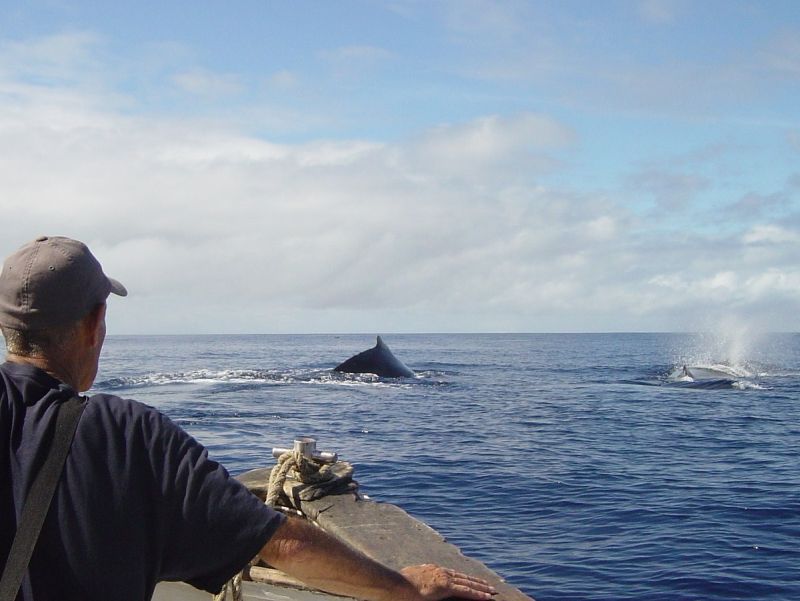 Whale watching exerts a great fascination. Seeing whales in their natural environment is an awe-inspiring experience for most nature lovers. The sight of great whales, the playfulness of dolphins it is an incomparable experience that stays with people. Whale watching tourism developed in the beginning of the eighties of our last century, after the end of commercial whale hunting.

On one hand, whale observations are always an intrusion into the natural habitat of the whales; on the other hand, such programs may promote whale protection. Whale watching gives people the opportunity to see whales and dolphins in their natural environment and to learn something about their life. Anyone who has seen those mammals and their behavior in their natural ocean environment will probably be more likely to understand the need to protect them.

Coastal communities that used to make money through whaling now make living by providing whale watching tours.  This is way more sustainable in the long run for them.  Often those operations also work together with science now by collecting data on whale populations. It is also easier for scientists to get out into the field and observe whales in their natural environment.

In some regions, whale observations can be land-based. This may be best as this is not intrusive into the habitat of the whales. But most popular are guided tours by boat or ship that take visitors out to known whale watching sites.

Whale watching from a boat is always an intrusion. However, some important rules should be followed in to minimize the disturbance of the whales and to provide the animals with no unnecessary stress.

Whale and dolphin watching may cause disturbance to cetaceans

Changes in behavior must be recognized and addressed 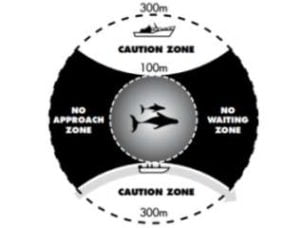 The following recommendations must be considered:

When vessels are within the caution zone of whales or dolphins