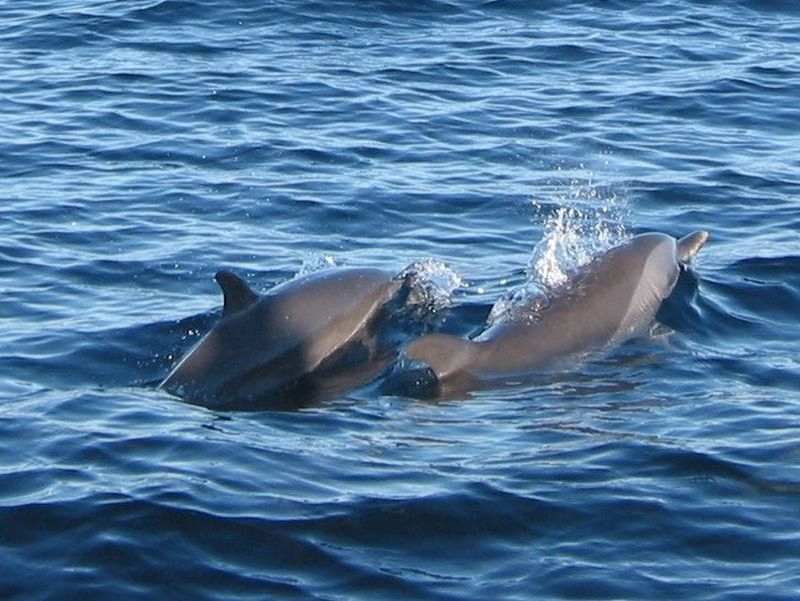 Spinner dolphins are very playful, often they approach boats where they seem to have fun riding the bow wave. It is great fun to watch their acrobatic jumps and spins. They clear the water high and like to impress with a great repertoire of different spins and flips.

They migrate through Fiji or visit on yearly migratory patterns and are a common sight around the islands. 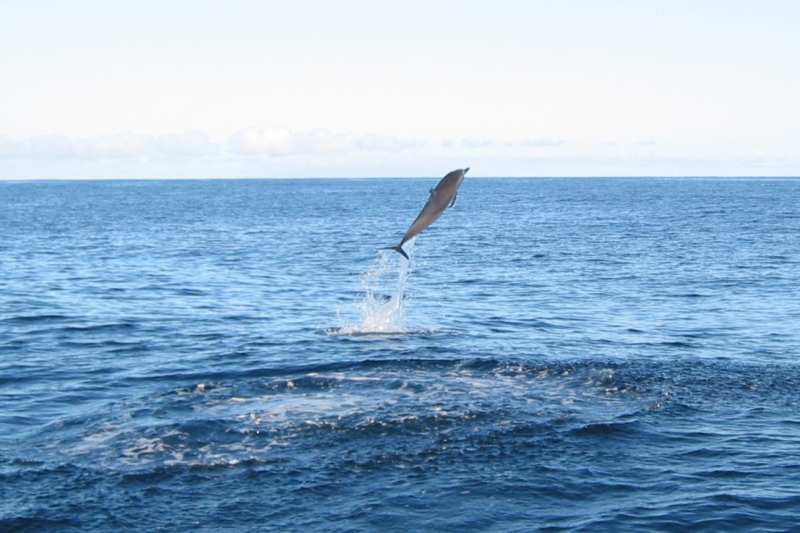 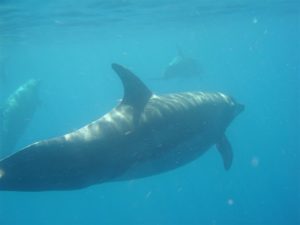 Spinner dolphins are very social animals they live in pods of a few dozen members but also form huge pods of many hundreds or even thousands of individuals.

They communicate and navigate using whistles and click sounds. When you have the chance to snorkel with them, then you will clearly hear those sounds or even feel them.

The Spinner dolphin feeds on mesopelagic small fish and squid. They hunt together in groups outsmarting their prey. Being a small species of dolphin they are also preyed on by large sharks and orcas. They are often seen swimming together with pilot whales or bottlenose dolphins. 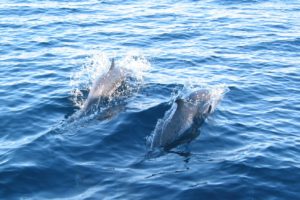 Like the spotted dolphin, the spinner dolphin in the Pacific is often associated with schools of tuna, especially yellowfin tuna. Where the dolphins do not hunt the tuna, but the prey fish, which the tuna are after. This behavior has led to millions of spinner dolphins being killed as bycatch in the past by the purse seine fishing industry for tuna.

Purse seine vessels are often equipped with helicopters for an elevated vantage to find tuna. The Dolphins are easily spotted by boats or helicopters.

Knowing they often swim with tuna, it used to be a common practice to run the purse-seine (net) around the dolphins in order to catch the tuna underneath. This way, millions of dolphins died as bycatch between the late 1950s and the 1990s.