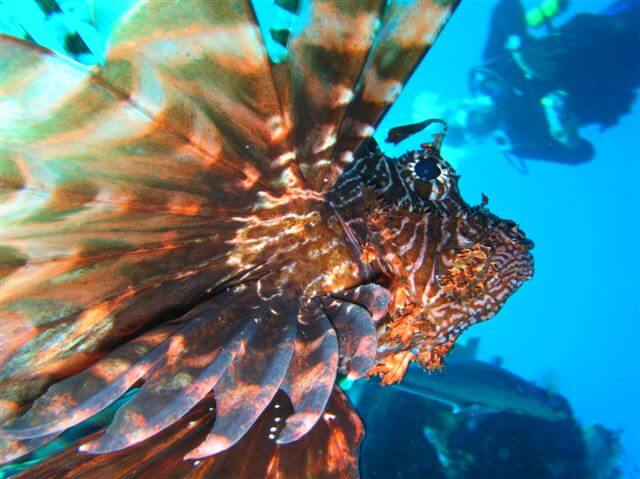 The Fiji Islands make a perfect tropical holiday destination to explore. The beautiful beaches and the stunning coral reefs welcome everyone who wants to swim, snorkel or scuba dive under its turquoise waters.

You can see a lot underwater, the sea is teeming with life. Creatures in all shapes and colors, large and small may be encountered. Most people would always immediately think of sharks when it comes to dangerous animals in Fiji.

But small animals that are barely noticeable, or ones that are camouflage-colored so that you hardly see them, should actually be given a lot more attention. But even of these, most are harmless, or some are only dangerous if accidentally touched or stepped on.

The jellyfish-like Bluebottle, aka Pacific Man of War (Physalia physalis and Physalia utriculus), are aquatic cnidarians (stinging animals) that belong to the order of the Hydrozoa. The species has a pear-shaped gas sac (pneumatophore) that provides the buoyancy it normally floats in at the water’s surface. Housed in its long tentacles is a venom that the creature uses to fish for small prey in the water.

Sometimes, the winds and currents may lead them to shallow waters and the beach, where it makes for a rare but unwelcome encounter for people. The stinging cells in its tentacles trigger severe pain when touched and wheals form on the skin. In the worst case, it can also become dangerous when an allergic shock occurs.

However, their bright blue color gives them away from afar, if you’re lucky you can see the bluebottle in time before you have contact with your tentacles. 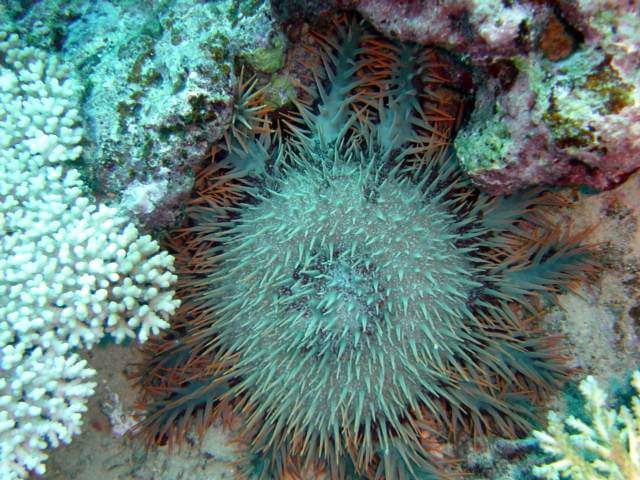 Crown-of-thorns starfish are natural predators of coral. They are nocturnal, emerging from holes and crevices when it gets dark, crawling on coral, and then digesting the coral polyps, leaving behind a bleached white coral skeleton.

These coral eaters are easily recognized by their greenish color, their many arms, and their spiky crown-of-thorns appearance. The spines are terribly sharp and capable of piercing a wetsuit and skin easily. They inflict heavy damage because the starfish is covered with poisonous mucus that can cause very painful wounds, swelling, and sometimes inflammation. 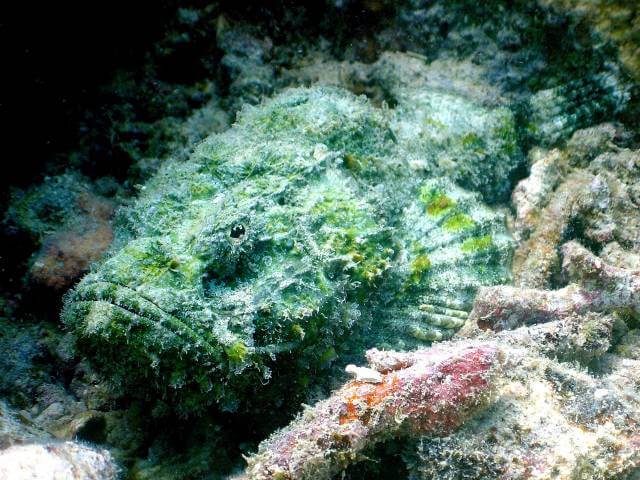 Stonefish, titled the most venomous sea fish, reside in rocky and coral reefs. They have a mottled brown-greenish-orange body and love blending in their surroundings. Meanwhile, you might swim by one at a yard distance and never know it was there.

Stonefish inject venom with their dorsal fin spines. And they use it defensively. There’s nothing to worry about as long as you commit to the golden safety rule.

Scorpionfish are considered the cousins of stonefish. Scorpionfish are hard to spot because with their camouflage they blend perfectly into their surroundings. These fish know exactly that no one can do anything to them.

So they sit quietly and motionless and only swim away when you nudge them, which is not to be done due to the multitude of spines, a single one being enough to inject a venom potent enough to conclude your underwater venture with excruciating pain. 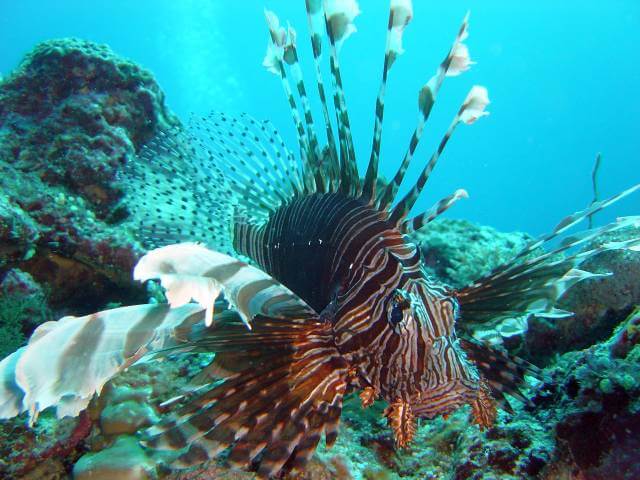 A lionfish has maroon and white stripes with stalky pectoral fins. Its appearance alone is a warning signal. They are found amongst coral pinnacles, sandy and rocky bottoms, shipwrecks, and mangroves or seagrass. But you can recognize them in a snap.

The 18 long spines – packed with venom – are extremely invasive to indigenous aquatic beings. And they won’t be forgiving to you either if you’re daft to come very close.

The warm coastal waters and lagoons of the Fiji Islands are the favorite habitat of rabbitfish. They remain active during the daytime and hide in crevices as the night comes – mostly changing the skin color altogether.

They are generally olive-colored with dark splashes and a small rabbit-like snout. There are 25 species in total, characterized by venomous glands on sharp fins. Rabbitfish are not aggressive, so let them mind their own business. 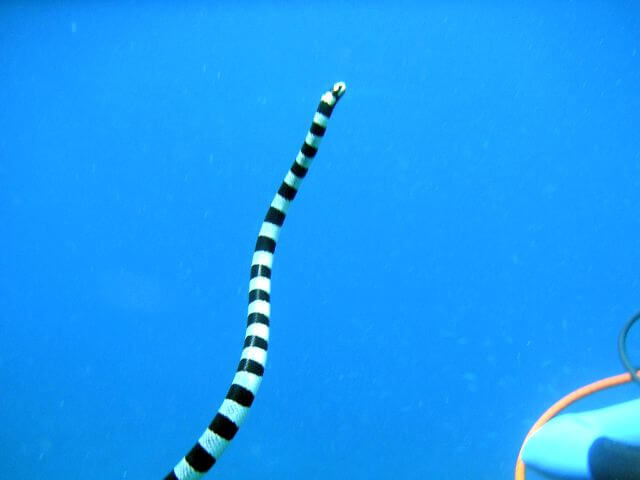 Banded sea snakes with their black-and-white streaks are an Instagrammable highlight of the Indo-Pacific Ocean. But they carry neurotoxin venom that’s 20 times more ruthless than that of land snakes.

Like turtles and crocodiles, kraits also spend a lot of time on land. They behave docile and don’t actively bite humans unless threatened. 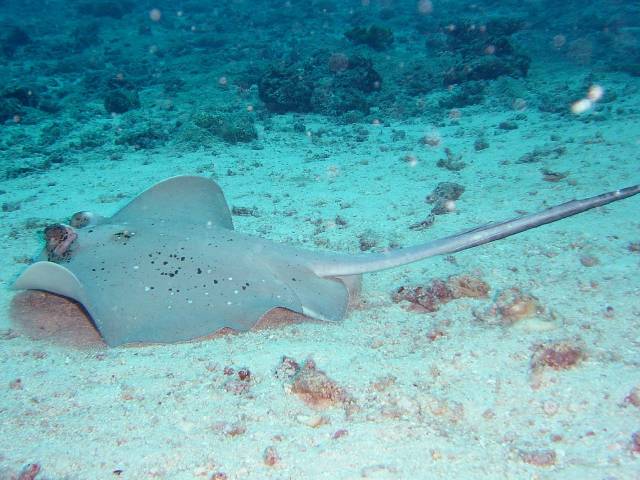 Stingrays are cartilaginous fish with an intriguingly flat body and long, whip-like tail. It almost looks like a sliding pancake. The danger comes from this long tail, which has several barbed blades that introduce a potent poison into a wound when stang.

Stingrays live and hunt on the seabed, when resting they often lie on the bottom covered with sand and move little or not at all trusting their camouflage. Since the eyes lie at the top it observes the surroundings, with its tail it can give a nasty blow if it feels attacked. Accidents with stingrays happen when you walk very quietly in shallow water and startle a ray lying in the sand. 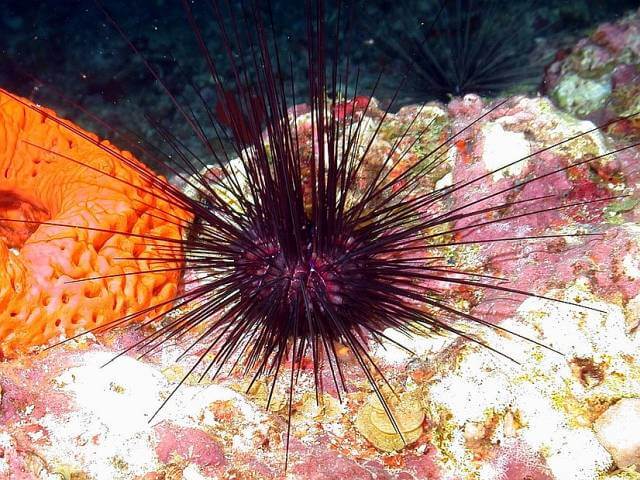 Sea urchins are a large family that dwells in coral reefs. They are beautiful animals from a safe distance, stay watchful of their shiny spines. If you’re punctured nonetheless, get instant surgical treatment to remove the spines.

Most are not poisonous but extremely painful when pricked because the spines are so finely tipped and often penetrate deep into the flesh. Also, the intensity of pain varies with species.

A sea urchin species that occurs throughout the tropics and also in Fiji is the flower urchin. This species can inflict a very painful sting and transmit a Venum which can lead to intense, debilitating pain with muscle paralysis, breathing problems, numbness, and disorientation. Luckily accidents are very rare and in some parts of the tropics, sea urchins are even collected for consumption. 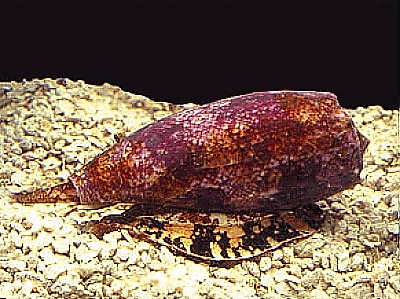 Cone shells are predatory mollusks Conus shells hunt and kill their prey with venom injected through a harpoon-like hollow tooth growing at the end of the tongue (radula). Conotoxins can block nervous and respiratory systems after entering the body. Make no mistake – it can be fatal to humans.

Accidents with cone shells are very rare but they do happen. When careless shell collectors find the cone shells often the mollusk is withdrawn into the shell, one thinks the shell is empty and picks it up. 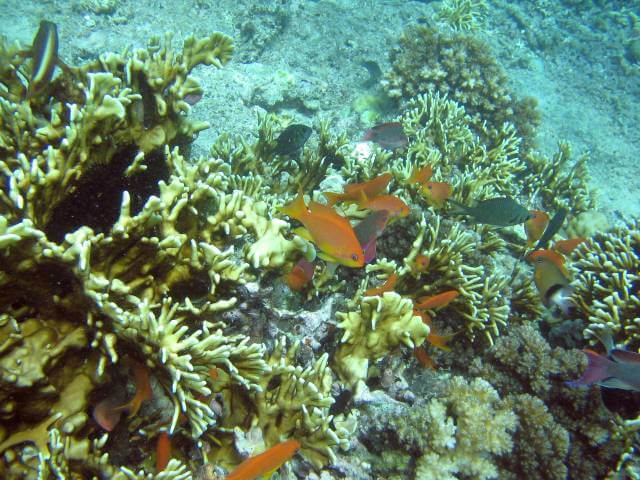 Fire corals are not true corals but a kind of hydroids. In fact, they’re more closely related to the bluebottle than to stone corals. When they release stinging toxins into one’s tissues, it proves that the fire part is real. The sting is followed by rash and inflammation.

Fire corals cling to rocks, disguising themselves as a rather harmless selfie spot. You can identify them with their brownish-golden color and protruding stingers. Steer clear to such a colony. 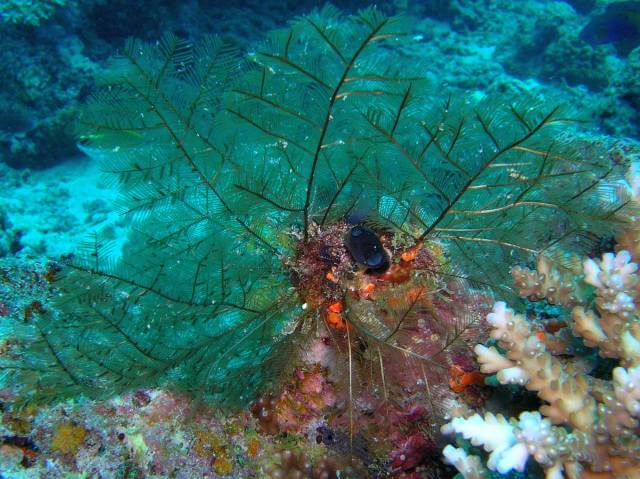 Stinging hydroid (Aglaophenia cupressina) is widespread on coral reefs. They are small colony-forming polyps also known as Sea Fern, or Feather Hydroid, probably due to their appearance of branches of feather/fern-like colonies. When accidentally touches, the nematocyst releases a Venum which can trigger an itchy, burning skin rash.

Fiji Islands provide heavenly adventures in the ocean. The ultimate guarantee of your safety is the rule of not touching everything you see. Most marine life is harmless, but there are some that have spines and defense mechanisms to keep them from being eaten. If you accidentally touch such an animal, it can get painful and in the worst case, you end up in the hospital.

Treat all sea creatures with respect and reverence, ask locals for the necessary knowledge, use protective gear, follow the rules, and don’t go out to sea alone.