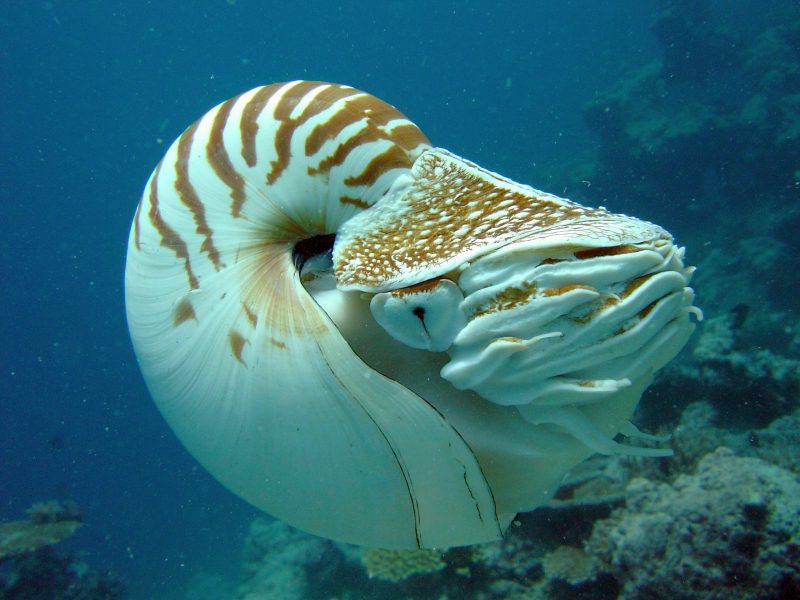 The Nautilus (Nautilidae) is a mollusk of the cephalopod family (Cephalopoda), which also includes squid, octopus, and cuttlefish. The Nautilus differ from the other cephalopods living today in a number of features, most notably in the large, hard outer shell that serves as a living space and swimming aid.

The shell of the Nautilidae is unique in its construction and function.  The spiral shell is divided into individual chambers, the outer and largest chamber houses the mollusk, the other spiral-shaped chambers are used to control buoyancy. The individual chambers are connected by a kind of thin tube through which the animal can slowly ad or remove liquid from the chambers and thus change buoyancy. 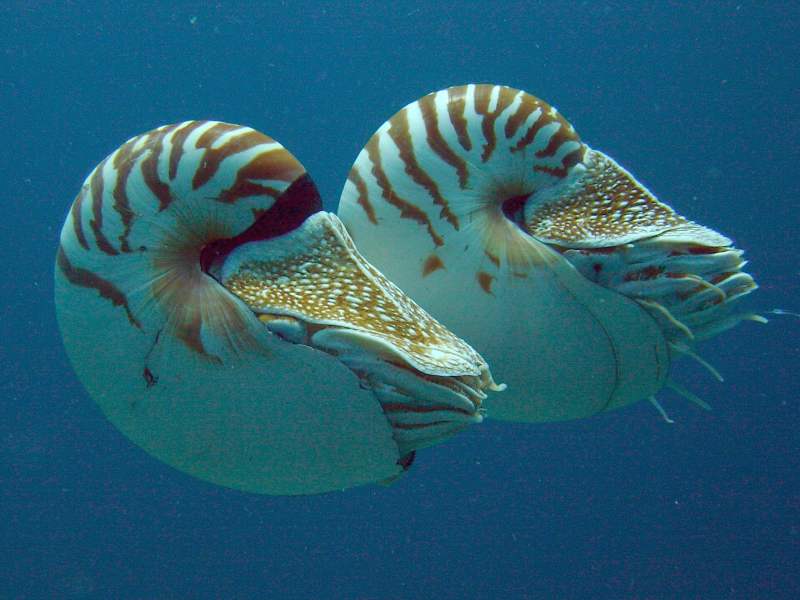 Nautilidae live mainly in the western Pacific and in some areas of the Indian Ocean, exclusively in the tropical area and especially on the slopes of reefs. The animals usually stay at depths of 100 to 400 meters. At night, the animals occur at lower depths in some places. As nocturnal predators, they feed mainly on small crabs, but also on carrion. 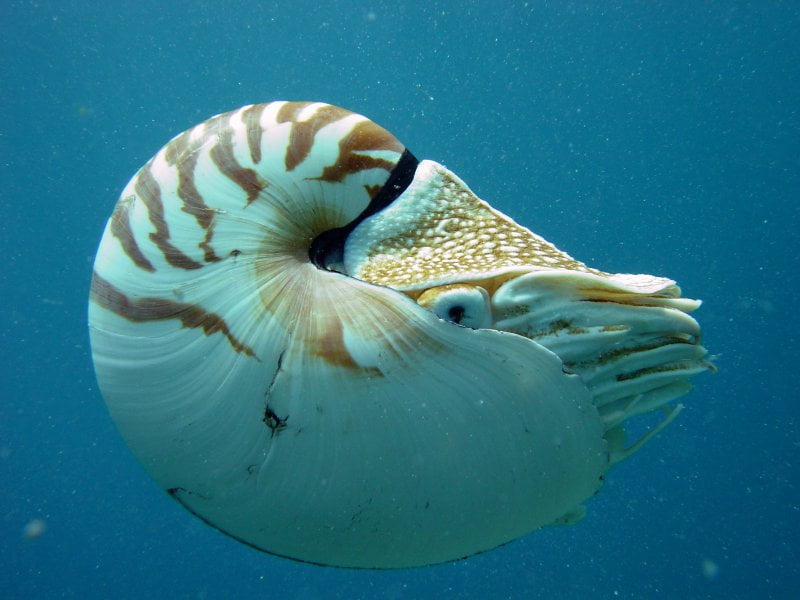 Nautilidae are particularly at risk the shell is a popular souvenir and collector’s item. At least two types of Nautiluses serve as food and are caught by traps.

In 2016 all species in Family Nautilidae were added to CITES Appendix II, regulating international trade.[39][40]

The nautiluses shown in these pictures were caught in 2007 during a research project outside the Ovalau Barrier Reefs. Caught in a crab trap about 500 m west of the northern tip of the Lekaleka Reef from a depth of about 350 meters.

More about the Chambered Nautilus: