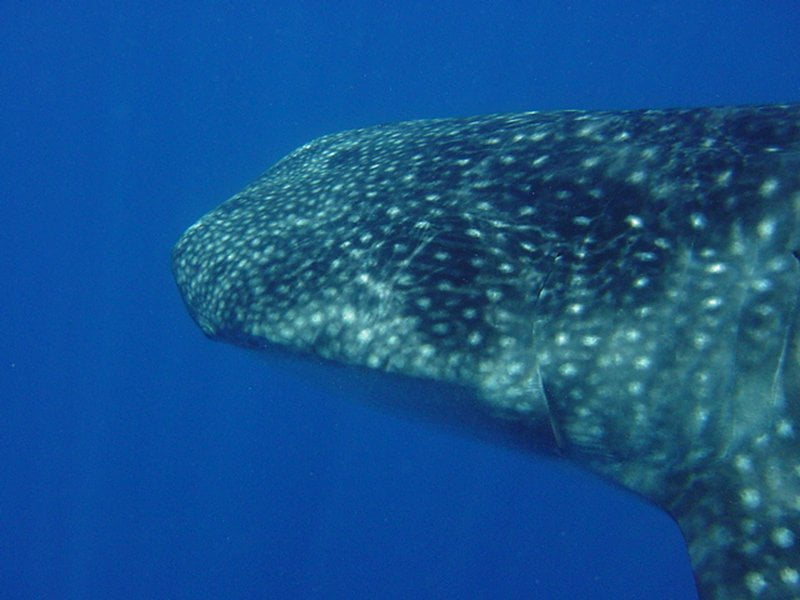 The whale shark inhabits all tropical and temperate oceans. It lives pelagic in the open seas, usually in the upper water column where plankton is plenty. Whale sharks pose no significant danger to humans as they are usually docile slow-moving fish.

It is a slow-moving filter feeding shark and the largest known fish. The largest confirmed individuals were over 18 meters in length. 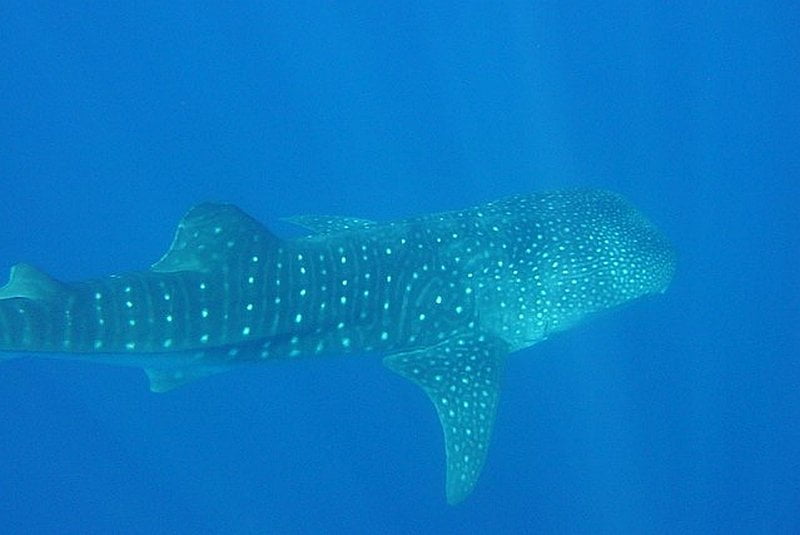 Although the whale shark is a shark, it is not dangerous. The whale shark only eats the small marine organisms (plankton), which it filters out of the seawater while swimming with its mouth wide open. Theoretically, a person fits into an open mouth, but cannot be swallowed because of its narrow throat.

However, due to its size, it could accidentally injure a snorkeler that comes too close with its caudal fin without even realizing it. So be careful, keep your distance, and don’t swim directly in front of you

But young whale sharks are known to be curious and inquisitive, they may approach drifting boats or swimmers and snorkelers. 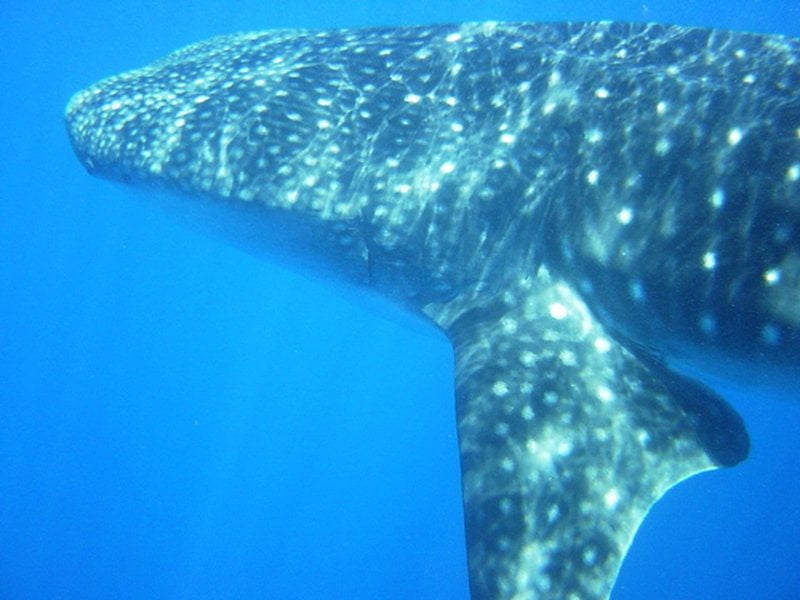 Where do whale sharks live?

Whale sharks live solitary around the globe in all tropical seas. They usually move around quite slowly near the surface of the water.

Well-known congregations of whale sharks and feeding places include locations at the Australian Ningaloo Reef, the Maldives, Lakshadweep Islands, the Philippines, Yucatan on the Mexican coast, and off Mocambique in Africa.

Sightings in Fiji are usually random encounters since there are no known sites where they congregate in Fiji.

Whale sharks are difficult to spot from a boat as they seldom break the water surface. 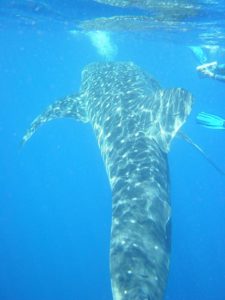 Snorkeling with a Whale shark

The whale shark on these photos has been encountered on the return dive trip from Wakaya Lailai to Levuka,  about 4 miles off the Wakaya reef in the open sea.

It swam under the surface and the boat went right across it, as we noticed it underneath.  The boat did not touch it as we were afraid of first. We stopped the boat and turned the engine off.

The whale shark came swimming towards the boat. It was a small Whale shark of only about 5 meters.

We carefully entered the water and the shark swam right towards me. I could see markings and parasites around its mouth and thought how small its eyes are compared to its size.

The shark swam right up to us, as of being curious and wanting to check us out. It came I touched it on its side.

Like sandpaper just as all sharks. It was indifferent to the touch, did not react.

After the shark stayed a little while, it descended headfirst, straight down into the blue. An outstanding snorkeling adventure. 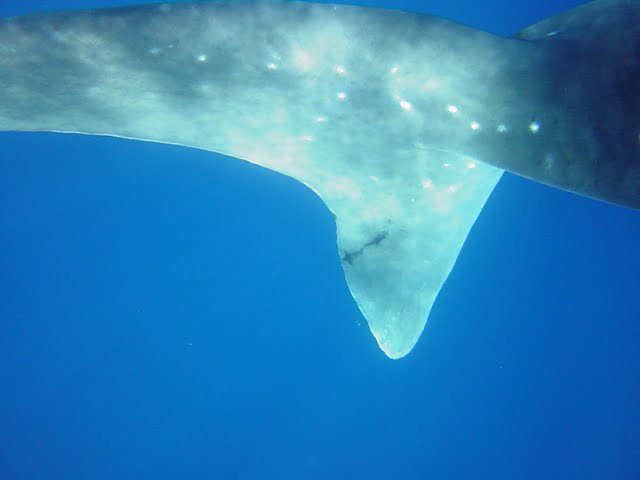 On the International Red List of the IUCN are whale sharks classified as critically endangered. This is mainly due to the targeted fishing in some areas of the world (because they have not really any natural enemies and move so slowly, they are quite easy to catch), and human interference in the ocean ecosystem.