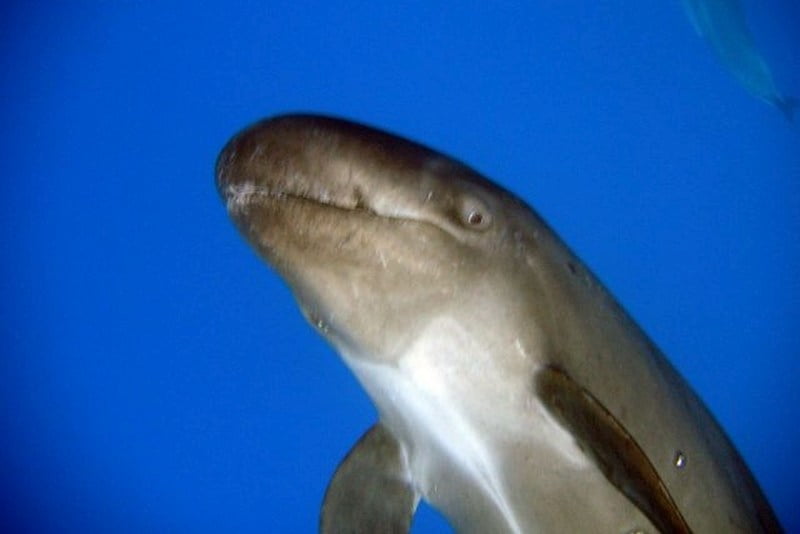 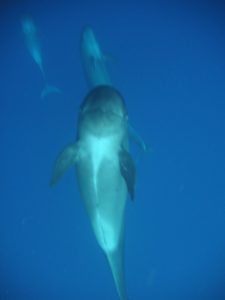 False killer whales are the fourth-largest member of the oceanic dolphin family (Delphinidae).  They live in temperate and tropical oceans throughout the world.

They probably got their name ‘false killer whale’ (scientific pseudorca) because of similar skull characteristics and the similarity of their body to the killer whale.

But their behavior differs from killer whales and they do not belong to the same genus.

As a typical deep-sea dweller, false killer whales live in the open ocean far from land or near coasts only, when deep water is always near.

False killer whales are fast movers, they can be very playful around boats, riding the bow wave or breach.

They are very curious and may approach a drifting boat or a group of snorkellers even offering fish. 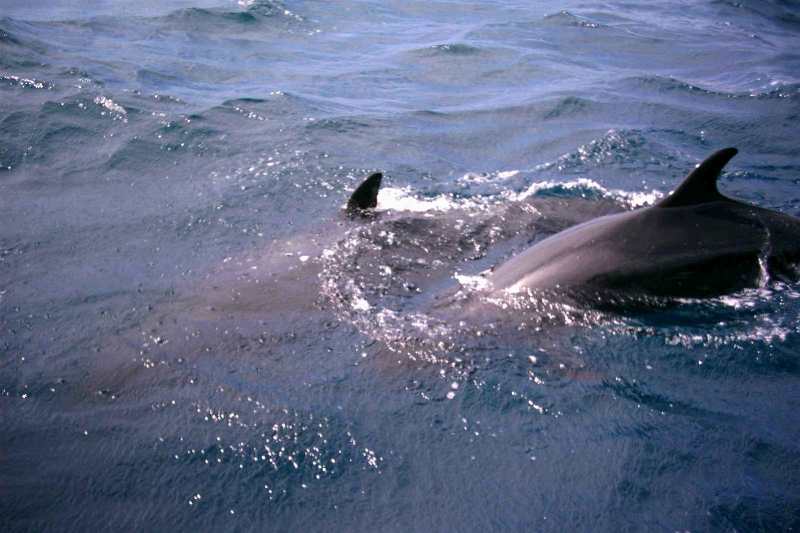 The false killer whale is a very social animal and lives in strong family bonds in very small groups of 10 to 50 animals. They communicate through clicking sounds and whistles, which can be heard clearly in the water if you have the opportunity to snorkel near or with them.

For food, they hunt in groups for squid and fish, preferring large species such as tuna or Mahimahi. Occasionally they form opportunistic hunting groups together with bottlenose dolphins.

On one occasion during a snorkeling encounter north of Ovalau’s Na Lobaloba reef, the whales were playing with a Mahimahi they had caught and killed. They repeatedly swam right up to me and dropped the fish as an offer. 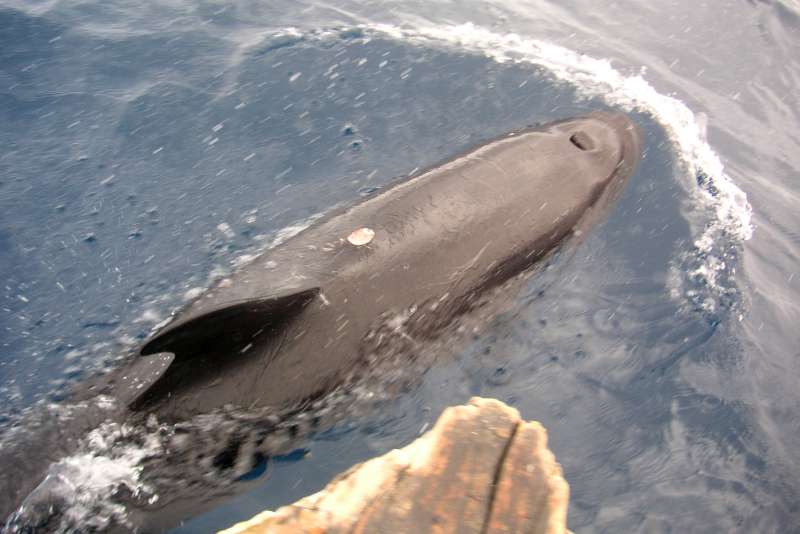 Note the bite of a cookiecutter shark on the False killer whale’s back. This is a typical injury on open ocean living whales and dolphins.

The Cookiecutter shark is the smallest of all shark species. They spend the daytime in deep water beyond the light zone. In the night they come to the surface and bite small chunks out of sleeping whales.

As a fast open ocean living species, they are difficult to study in the wild. Very little is actually known of their numbers and if they are endangered. They are possibly threatened as they are a regular bycatch in the tuna purse seine industry and longlining as they are known to take fish from longlines and may accidentally become hooked.

All images here are taken around Ovalau Island