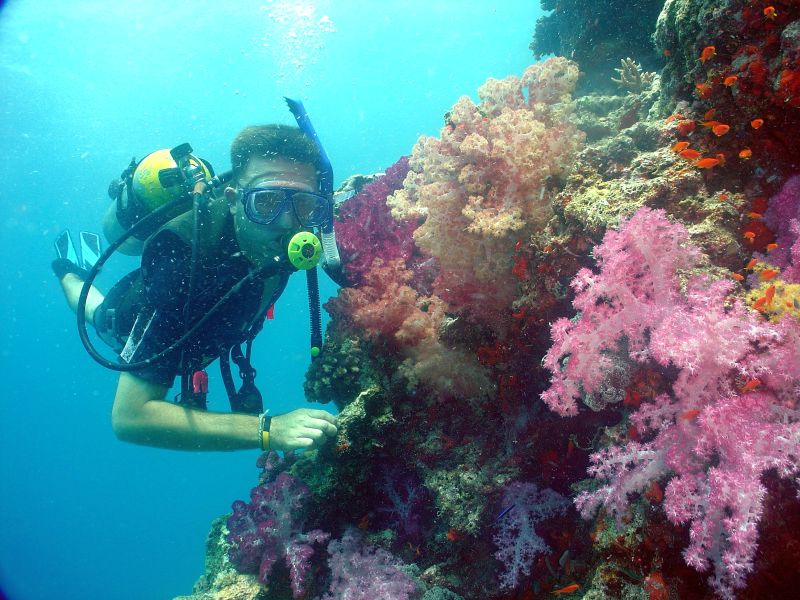 Located in the exotic Southwest Pacific Ocean, almost exactly halfway between Vanuatu and Tonga, Fiji is a spectacular archipelago consisting of 332 islands and 522 isles, lying about 3,100 kilometers from Sydney, Australia and a little over 5,000 kilometers Southwest from Hawaii, US.

The vast majority of its islands have a clearly visible volcanic origin, and the bottom of the magnificent ocean surrounding them impressed even well-known world-class oceanographer Jacques Cousteau, so much that he gave Fiji the nickname of “Soft Coral Capital of the World”, a name that is still very much alive and a reason for great pride in the entire country.

This fame, along with documentaries and reportages that witness the beauty of its enchanting waters, contributed to Fiji’s current reputation as the ultimate snorkeling and scuba diving destination, a place that each of us should visit at least once in their lifetime. 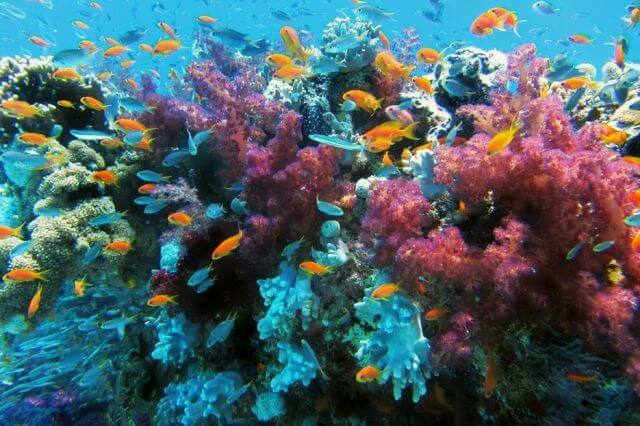 Scuba divers, snorkelers and water sports’ enthusiasts’ alike can enjoy the marvelous waters around Fiji all year trough. But scuba diving is definitely the best option if you want to take a closer look to the stunning soft corals that make Fiji so famous worldwide.

No place in the world, not even the Australian Great Barrier Reef or the sought-after reefs surrounding the exclusive Maldivian islands, can compare to the colorful and breathtaking scenarios of underwater Fiji: a true whirlwind of bright colors, paired up with the presence of unique animals, several shark types, whales and rays of all sorts.

Scuba diving in Fiji is absolutely mind-blowing thanks to the confluence of several special features. The water bottom, generated mostly from sunken volcanoes, is rich in nutrients and offers, therefore, nourishment and sustenance to many fishes and marine species, that come over here all year round to feed, but also get a proper cleanup in the numerous cleaning stations disseminated all over the sea bottom, and of course to breed as well in its calm, peaceful and predator-free lagoons.

This underwater naturalist’ paradise hosts over 390 coral species – between hard and soft ones – and about 1200 fish species. Tiger sharks, tunas, wahoos, barracudas, humpback whales, whale sharks, and manta rays are common encounters in these dream-like waters.

A history of conservation

Fiji is well known today for its conservation projects that had and continue having a huge impact on its magnificent coral reefs, on its beautiful white beaches, on the welfare of its animals, and on the country’s population itself.

Several years after legendary oceanographer Jacques Cousteau defined Fiji as the soft coral capital of the world, his son Jean-Michel opened a famous – or somehow infamous – resort, the Jean-Michel Cousteau Resort, here in Fiji. If, on one hand, the creation of this resort implemented the conservation efforts promoted by Cousteau’s father, on the other hand, the fear of it turning into a profit-generating business worried him to the point that he eventually sued his own son. The legal battle continued for years, and eventually, it became clear that the message Jean-Michel wanted to promote was that environmental friendliness does not exclude economical profitability: the generation of a profit was eventually putting the conservation efforts in a brighter spotlight and financing further Eco-sustainable projects.

Today, this historical resort is no longer the only one with environmental and conservation ideas, and many others followed Cousteau’s footsteps. Dedicated marine biology classes and programs, marine conservation projects, restoration and rehabilitation of special areas are literally everywhere.

This, together with the creation of several marine protected areas in the whole country, contributes to the health and the beauty of all Fiji below the surface, an enchanting world that surely needs special protection and regulations. 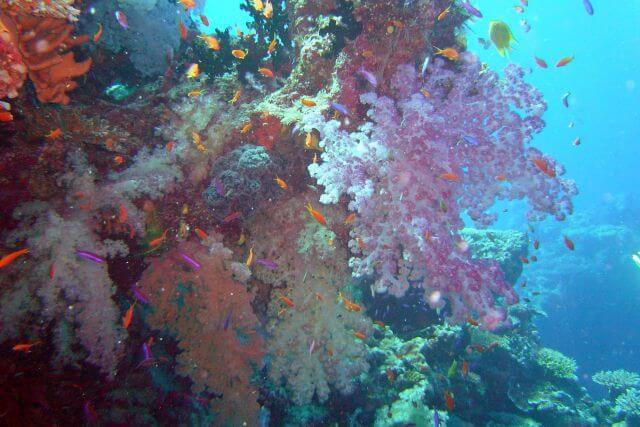 What are exactly soft corals? Soft corals, compared to hard ones, do not possess the typical calcium carbonate skeleton and do not merge together to form giant reefs. Soft corals – or alcyonacea – are colonial, which means that when we see soft corals resembling trees or bushes, we are actually observing a colony of smaller soft corals. They might also look like grass, whips, rods or fans, and their growth rate is much slower than their hard relatives – about 2 to 4 cm per year.

Their bright and variegated colors are given by the algae living within them, with which they share a mutual relationship where both parties gain some advantage from each other – a symbiotic relationship. These algae are called zooxanthellae, and while it is true that all hard corals always have them, some soft corals might as well live without them: this is the reason why some soft corals can be white, too.

The typical colors of Fijian soft corals are pink, yellow, green, red, purple, light blue. They inhabit caves and overhangs, and buddy up with hard corals on huge reefs, where the exposure to the local currents guarantees the availability of food and light.

In this current, soft corals provide a spectacular view that scuba divers enjoy capturing on videos, as pictures won’t give it justice: the reef, covered in soft corals, looks like the stage of a theater while dancers perform an outstanding ballet, and other spectators, such as barracudas, sharks, rays and all type of reef fish, come to observe this show, dancing and spinning at the same rhythm of the colorful ballerinas. 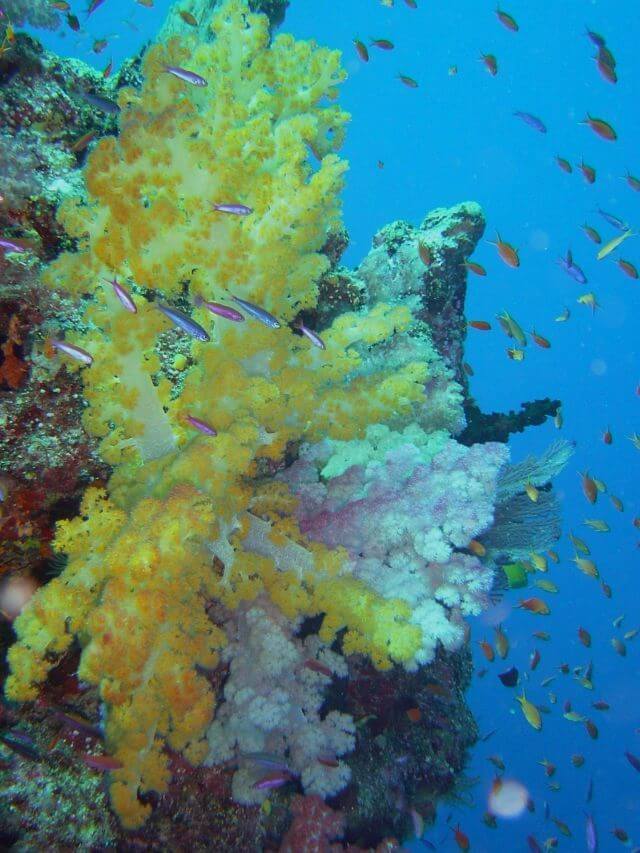 The scenery is so special and unique, that it is now clear why Fiji is called the Soft Corals capital of the world, and divers from every corner of our planet travel here to ensure they don’t miss this incredible view before global warming, coral bleaching and temperature raise affect it anymore.

Amongst the dive sites not to miss for soft corals in Fiji, we recommend the enormous Great Astrolabe Reef off Kadavu Island, the Great White Wall between Taveuni Island and Vanua Island, the E-6 seamount in the Blight Waters between Vanua Levu and Viti Levu, and the Namena Protected Reserve south of Savusavu.