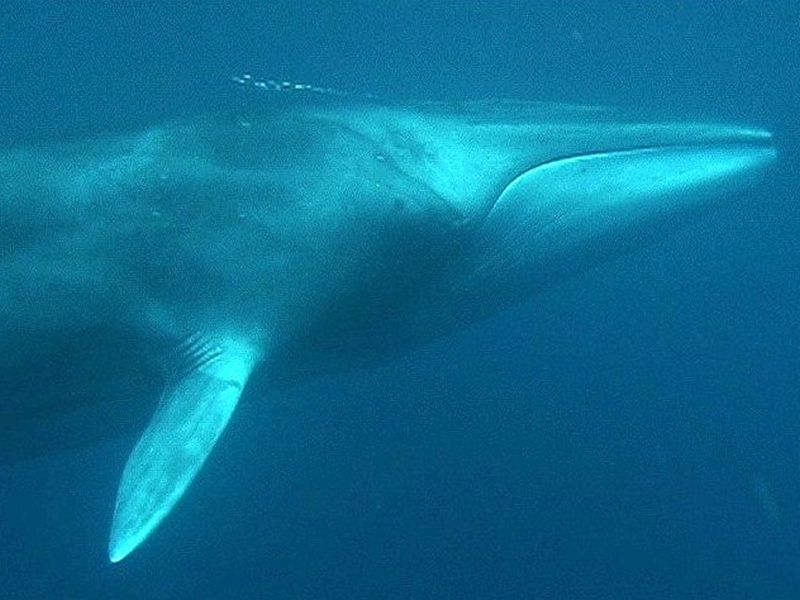 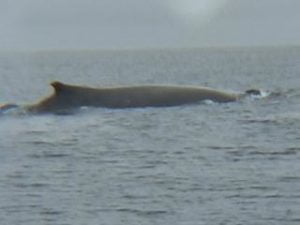 The Fin whale (Balaenoptera physalus) is the second-largest animal on the planet right after the Blue whale. They can grow to around 25 meters in length and weigh over 60 tons. Just like its big cousin it is a cosmopolite and is found in all oceans around the world.

During the Arctic or Antarctic winter month, they migrate into subtropical, and tropical waters for mating as well as the birth of their young. They then migrate to the colder waters of the Arctic and Antarctica to spend the summer there for feeding. As a baleen whale, it’s a filter feeder and diets on small schooling fish, squid, and crustaceans such as krill.

There are Northern and Southern Fin whales, as a result of the migration pattern they never meet. 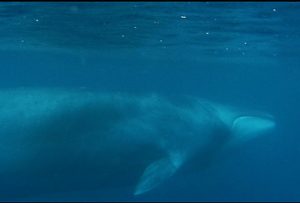 Fin whale in the Fiji Islands

The fin whale sightings in Fiji are rare. The Fiji group’s location close to the equator is about as far north as their seasonal movements take them. To see Fin whales even in Fiji’s winter is a lucky random event. It occurs further out at sea during boating trips or sea crossings between distant islands, as the whales normally avoid shallow coastal water.

Whale watching tours for fin whales concentrate on moderate oceans where they are regularly seen.

Conservational status of the Fin whale 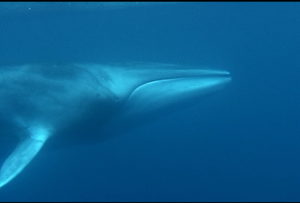 Because its habitat is the open ocean and the fin whale is a fast-swimming whale that reaches up to 50km/h, the fin whale was safe from whalers. The species managed to outrun whaling boats until the late 19th century. This changed when the whalers then had faster boats and more advanced harpoons and the whales had no more chance to escape.

In 1982, the International Whaling Commission (IWC) agreed on a moratorium to discontinue the commercial fishing of fin whales from 1986 until the stocks have recovered.  After the Icelandic government decided in 2006 to allow commercial whaling again, the first Finn whale was landed on 22 October 2006.

Today only about 50 thousand fin whales are left in the world’s oceans.