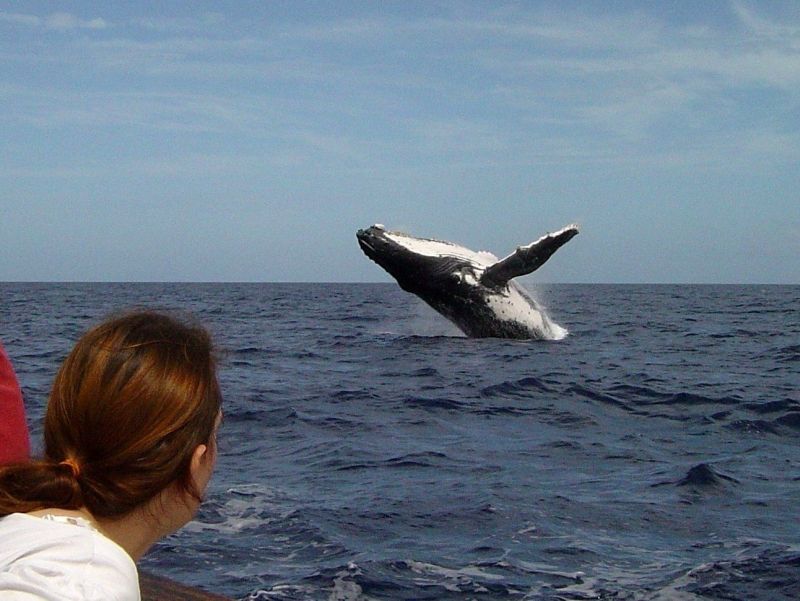 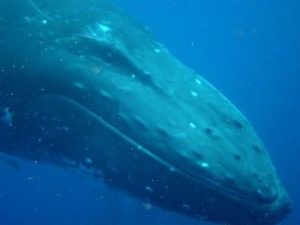 During the polar winter month, they migrate to tropical and sub-tropical regions where they give birth to their young and mate.

The male humpback whales are known for complex whale songs that they repeat for many hours. Its purpose is not 100% clear, but research suggests that the singing bulls want to attract the attention of whale cows ready to mate.

The songs of the humpback whales are among the most complex types of acoustic communication in the animal kingdom and can be heard underwater over great distances. Even when scuba diving, whale songs can sometimes be heard underwater. 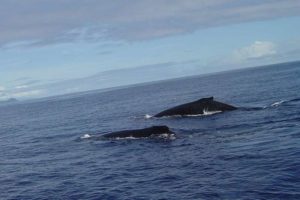 Humpback Whales sighted in Fiji belong to the Southern Humpback populations. The whales are seen in the Fiji Islands usually only during the winter season June to October when their seasonal migration takes them north, to warmer waters, where they give birth and mate. They may be encountered in the open ocean as well as in shallow lagoons and inside the reefs.

Whale watching for Humpbacks in the Fiji Islands is mainly opportunistic in nature. The sightings occur during boating or diving trips when time is spent out at sea.

Whales over generations have the same routes and places in their annual migrations. The stocks that came to Fiji would be heavily hunted in the heyday of whaling around the 19th century. The Fiji population is only slowly recovering.

The neighboring Kingdom of Tonga has a number of well-set-up humpback whale watching operators. Tonga has quite a large and stable Humpback population which returns yearly to the Tonga archipelago for calving and mating. 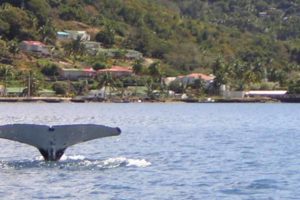 Fiji’s NAI’A Liveaboard Dive Adventures visits Tonga yearly for Humpback Whale Watching Expeditions. During these tours, scientific data is collected. The trips are popular among insiders and are quickly booked out. Those that book early enough have the opportunity for spectacular encounters and even swims with Humpback whales.

In 2003, the government declared the Fiji Islands economic zone a whale sanctuary. Since then there is an increase in whale research in the country. The Fiji Fisheries Department, the University of South Pacific, WDC, WCS all conduct Surveys, and data is collected on the status of the humpback population that migrates yearly to Fiji.

To identify whales, ID photos of the whale flukes are taken. These have individual shapes and patterns which are used to tell individual whales apart. The photos are cataloged and the whales are named. During encounters, skin samples are taken and DNA is sequenced. With the help of genetics, the family trees of the different Southern humpbacks populations can be further understood. 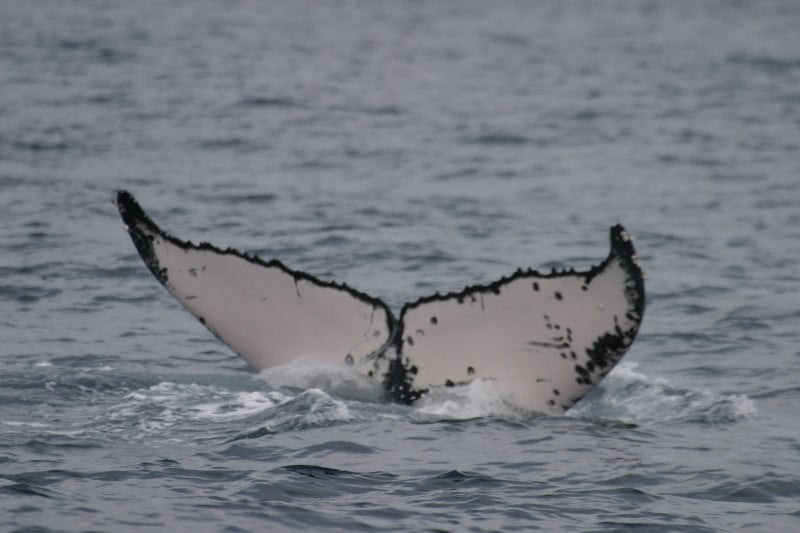 All humpback whales cataloged in Fiji using Fluke ID have not yet been observed in other known winter grounds of the southern hemisphere (e.g. Tonga, Australia). This suggests that different humpback whale populations are true to their winter grounds and do not mix with other groups of whales.